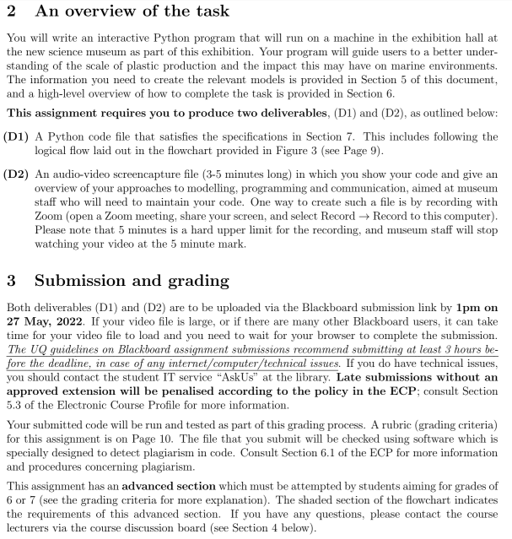 # First, load the data stored in the file data.txt

rate of plastics for the given year

After testing the Least-Square method for two models: Linear and Quadratic, it was determined

that the quadratic model returned a lower MSE

The quadratic model is defined by the following function:

Where x is the number of years since 1975

It is know that around 2.96% of the global production ends in the ocean so we will assume that

for all years, that percentage does not changes

# Now, calculate the amount that ends in the ocean as 2.96% of the global production

To have an approximate value of the accumulation of marine plastic, we have to use an numerical integration method

to calculate the area under the curve. For this case, we will use the Trapezoidal Rule

# First, we declate the number of points. To have an accurate result, we will use 100 points

# Comput the first and final value

# Now, estimate for all values between the 'start' and 'end' years

# Now divide the result by 2 and multiply by the step

Welcome! In this interactive program you will learn about the global plastic production and the amount

of plastic that is ending in the ocean.

There are two Patron Types:

1) Science Rookie: Not familiar with scientific terminology or notation.

Is unfamiliar with graphs;

May be a younger person, possibly 10+ years of age;

Is prepared to read longer passages of moderate complexity.

Likes to know about modelling assumptions and limitations.

Is familiar with graphs.

Plastics can be natural or synthetic. One of the first natural plastics was celluloid and bakelite.

They were made from cellulose like in plants by carefully dissolving it into solution called a celluloid,

nitrating it and adding camphor. This caused the cellulose to form long chains called polymers.

The long polymer chains of cellulose would precipitate out of solution and if you then rinse and clean it,

you can heat them up and then press them into different shapes and when they cool it holds that shape.

We called the plastic celluloid. It could be used to make anything from cinema film, to combs and tooth brushes,

and could be molded into many different shapes. It was not very resistant to solvents and cleaning products,

and it was very flammable.

electronics. The origin of large scale plastic production dates back to the 1950s and global plastic

production has increased year-on-year in all but three years since then.

post-war era. Plastics have become so commonplace in modern times that it is hard to

imagine life without them. However, as plastic consumption has increased, so too has

our knowledge and understanding of the potentially devastating impacts of mismanaged

plastic waste. As we plan for a more sustainable future, we must examine our dependency

The lifespan of a plastic product is the time that elapses between its creation until it becomes waste.

The lifespan of plastics varies significantly depending upon the type of plastic and how it is used. For

example, plastics used in building and construction typically have longer lifespans on the order of

decades, whereas plastics used in packaging may have an average lifespan on the order of months.

There are many different pathways for dealing with plastic wastes including reuse, recycling, thermal

destruction and disposal. However, reused and recycled plastics eventually need to be disposed of,

since these processes cannot be repeated indefinitely. Mismanagement of plastic waste can lead

to plastics entering the marine environment.

Estimating how much plastic enters the world’s oceans is a complex problem. Jambeck et al. (2015)

potentially become marine debris. Based on data from 2010, they estimated that

approximately 2.96% of the plastic produced in that year ended up as ocean plastic.

print("The estimated rate at which plastic entered the ocean in {0} was {1:.2f} tonnes per year".format(year, ocean_rate))

# Ask if he/she wants to enter a new year

At the rate of increase determined for previous years, that amount will double to ~{1:.2f} (tonnes/year) by {2}.

# Display a graph of the ocean plastic between these eyars

plt.title('Amount of plastic that entered the ocean')