Fill in the leaves of the tree: which permutation of a1, a2, and a3 has been established in each case?

Over the years, the game show “Beat Your Neighbours!” has lost a considerable number of viewers. In a desperate attempt to make the show more attractive, the host has decided to change the eponymous game of the show (see also Slide 123). The contestant is now presented with a grid of n × n sealed boxes, each containing a number. It costs £100 to open a box. The goal is to find a box whose number is larger than its neighbors: to the left, to the right, above, and below. (For boxes on the boundaries only three neighbors need to be considered; for boxes on the corners only two.)

Consider the leftist heap below:

For each insertion show the resulting tree, and provide some details as to how you obtained the tree.

In the lectures, we have discussed 2-3 trees, which are full trees consisting of 2- and 3-nodes. A 2-3-4 tree additionally offers 4-nodes that contain three keys and four sub-trees.

Try to apply the different algorithmic methods discussed in the lectures. Can you construct 2-3-4 trees in a top-down fashion, where you first create the root node and then the sub-trees? What about a bottom-up approach, where you first create the leaves? Or, perhaps, an incremental approach, where you sequentially insert the elements of the sequence, one after the other. Analyze the running time of your algorithms. What is the complexity of the problem: how fast can you construct a 2-3-4 tree from a given sequence of elements?

Support your arguments with diagrams, pictures, pseudo-code, or program snippets (in the programming language of your choice) as you see fit. 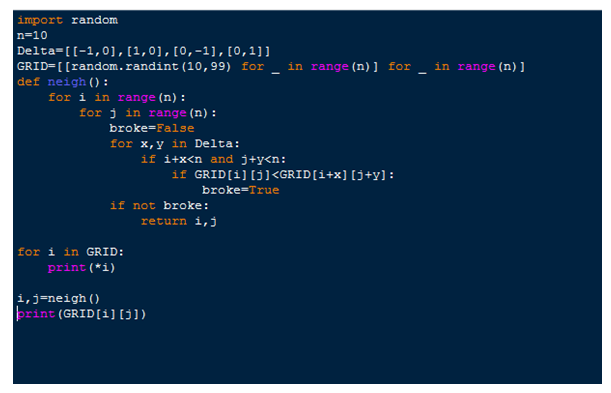 The basis of the algorithm is to go from left to right and from top to bottom, checking if it does not have a greater number around it, when it does, the algorithm stops.

As in this example, the next node is node 12, when adding node 12 it can only be left as a child to the left of node 4 or node 5, this will happen until all nodes reach the level. And having 2 ^ h-1 has exactly the number of nodes in a perfect tree; therefore the result is a perfect tree.

By inserting a smaller and smaller node in reverse, we have a degenerate tree since the new node will always be the root and the previous tree will be the left branch.

This problem consists of constructing a 2-3-4 tree given a vector of elements in a list, an array, or a vector. This can be in disorder, for that the first step would be to order it, which would take O (n * log (n)).

With this recursive function, the tree 2-3-4 will be ordered and will fulfill the property in order.